Hard work is the key to success, and there is no shortcut to it. Hard work pays off when done honestly with a desire and passion to prosper in life. One who sets out on a journey to fulfill one’s mission or achieve goals is bound to be faced with several challenges. Fear and challenges in addition to criticism are part and parcel of life.

Mariana Atencio, a 33-year-old Venezuelan woman, is a journalist and news reporter for MSNBC and NBC News in Miami, Florida. This girl from South America believes in inspiring and motivating the next generation and telling them “they can change the world.”

You can be a superhero for one person or for millions 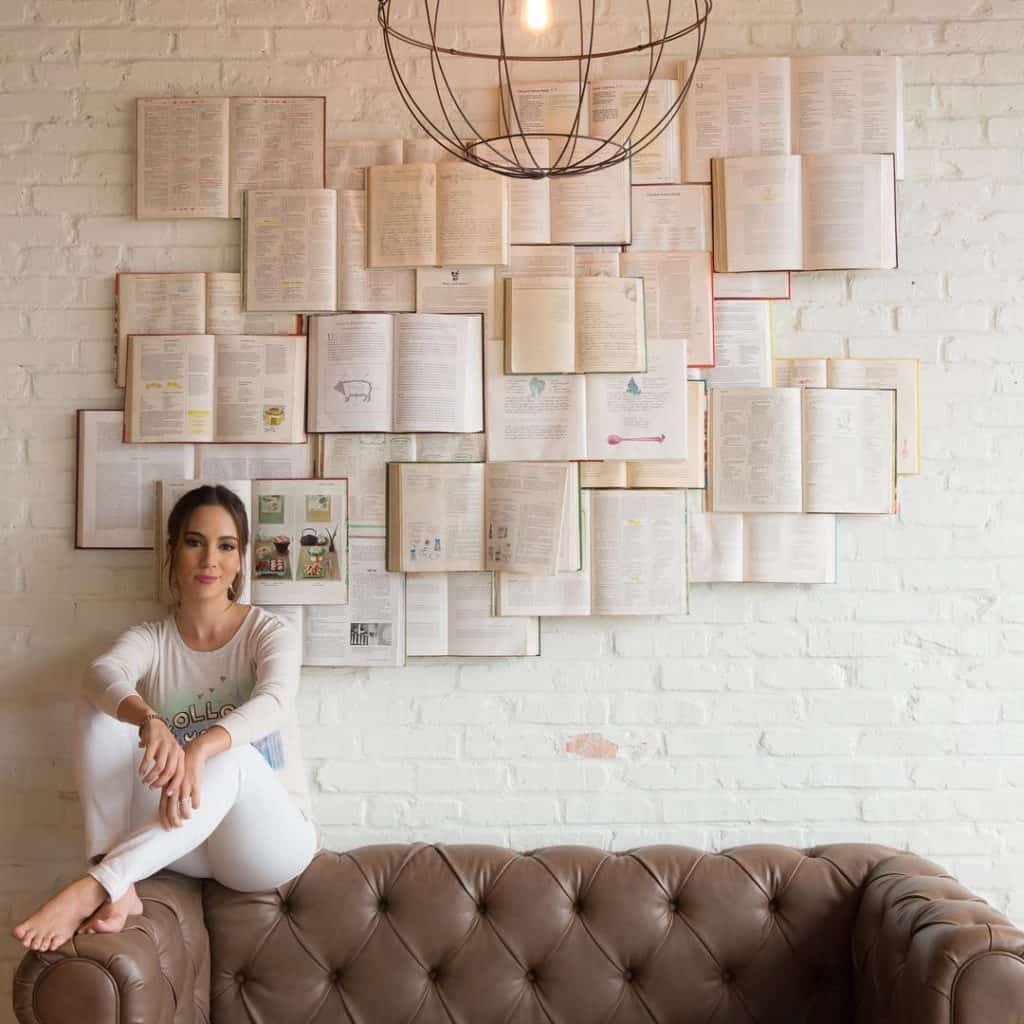 Mariana completed her schooling at a local school in Caracas. After her schooling, she was in the dilemma whether to stay back in Venezuela for under-graduation as she was already accepted to George Town University. After much deliberation, she decided to attend Universidad Catolica Andres Bello, a university in Venezuela as she felt it to be a right decision for her although several other thoughts were whirling in her mind. As she felt there were enormous things that she needed to learn here in Venezuela about freedom and democracy.

Mariana ended up with an undergraduate degree in Communications. Her university was located in a kind of hovel area and was not as developed as George Town. Mariana learned about human experience from her college acquaintances. Staying in Venezuela molded her love for journalism.

Her Transition into Journalism 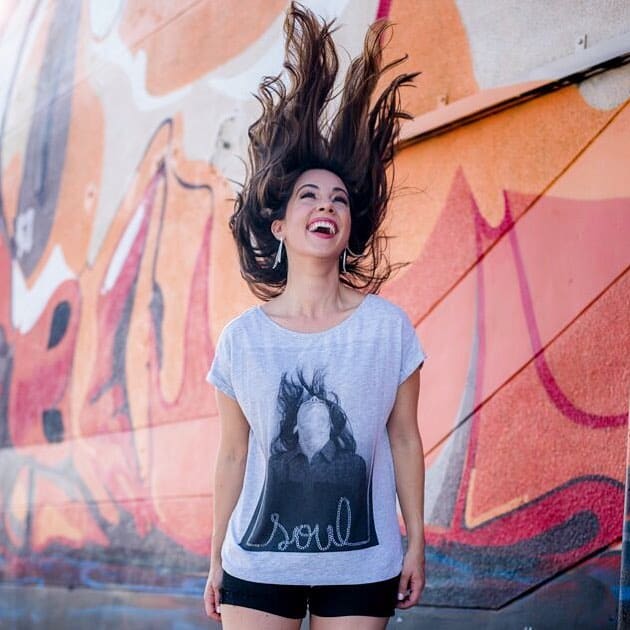 As a child, Mariana wanted to be an actress in Hollywood. She had a desire to act in films and still loves performing. But unfortunately, there was no factual film industry in Venezuela to pursue her hobby.

When the government started shutting television stations in their country, she realized she genuinely cared about freedom of speech of the people of her country and Mariana envisioned a career in journalism, not only to earn fame or money but to give voice to the people. She credits her success as a TV journalist to have a deep affection for writing, public speaking and investigating.

Journalism is woven into the fabrics of Mariana’s life. Mariana left Venezuela in 2008 and packed her bag with no return ticket this time as she was awarded the Castagno Full-Merit Scholarship from Columbia University Graduate School of journalism. She worked extremely hard day in and day out while in the USA as it was tough for an alluring Latina girl in adjusting herself to the new culture, and the language barrier was also a bump in her journey. She thinks an individual needs an alloy of luck and hard work to be successful in this world.

The most disturbing moment in her life was when she got a call that her sister had met with an accident, and it was like the world had stopped turning for her. Mariana, with a strong faith in God as a healer of all pains, believed God would heal her sister who wasn’t able to walk. A believer in the power of divinity, Mariana thinks she always has a big star (God) that protects her.

Is the Life of a Journalist really that hard? 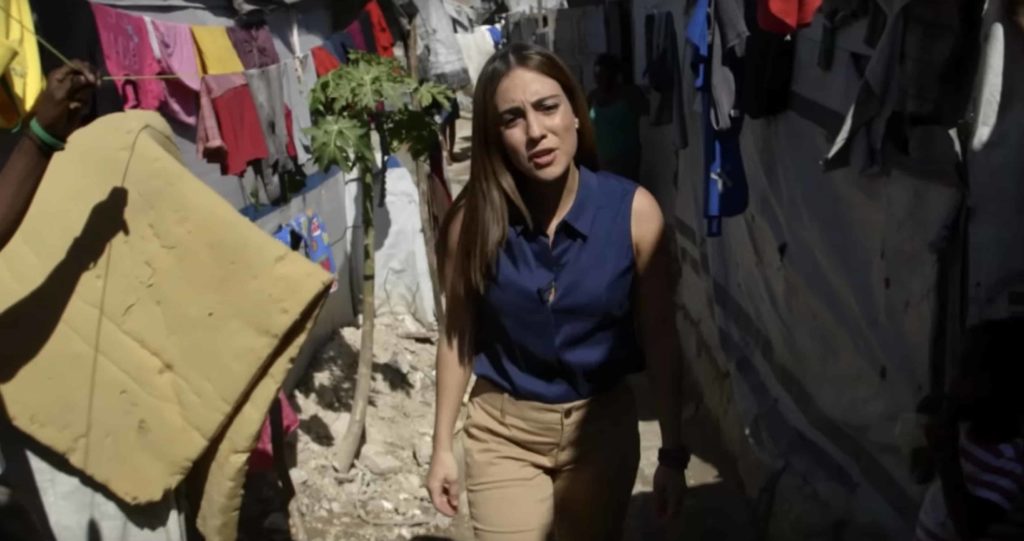 Life of a journalist is very grueling and demanding as you have to stay away from your home for most of the time. She thinks the news that makes the most tremors requires an individual to travel places where the event has happened and speak with the people affected. That’s the kind of journalism she believes in. According to her, it’s hard to balance both job and family simultaneously. But Mariana will not call herself victorious if she is good at one thing and bad at another.

Mariana’s recipe for success, as she believes, is having perfect work-life balance. Mariana is at her finest when she is fighting for people voices to be heard in the corner of the world where they usually wouldn’t be heard.

Favourite Interviews in her career

Mariana has interviewed so many people including several world leaders and spiritual Gurus, but her favorite interview of all time was when she interviewed the father who had lost his 7-year-old son in an earthquake in Mexico. The father poured his heart out during the interview. While Mariana’s eyes were turning red after hearing the father’s grief-stricken story, she asked her team that she needed a couple of minutes after the interview. “Objectivity and compassion go hand in hand” according to her.

The most joyous part of her life was when she interviewed Pope Francis. She did this interview in dual English-Spanish, and it was a live broadcast. During this interview, Mariana had to use all of the flairs she has in her veins. In March 2013, she was recognized with a Peabody Award and an Investigative Reporters and Editors Award. In the following year, Atencio was bestowed with another accolade, Gracie Award from the Alliance for Women in Media in the Outstanding Documentary category for her work on “Pressured: Freedom of the Press.”

In 2017, Mariana delivered a TEDx talk about “humanity and her own immigrant experience” that went viral on YouTube with more than 4 Million views.

Take a stand to defend your race, the human race.

Being patriotic by heart, Mariana wants to make a difference and help the people of Venezuela to live a better life with all the freedom they deserve. What breaks her heart, even more, is the great amount of the people of her country are suffering as they are deprived of food and medicines. Magnanimous by nature, she works with an NGO which supplies basic needs such as medicine and food to the children in her country.

By traveling all around the world from Haiti to Hong Kong, she has discovered that everybody deserves happiness regardless of where you live, what color your skin is, and what language you speak. In 2018, Mariana would love to write a book that she already has started working on. She wants to get better and better at her job. Also, Mariana is coming up with a new website launching next month.

From Caracas To Miami – The Story Of Mariana Atencio